To share your memory on the wall of Howard Spargo, sign in using one of the following options:

A Simple Service is handling the arrangements of the Howard Judson Spargo, Jr. family
Read Less

Receive notifications about information and event scheduling for Howard

There are no events scheduled. You can still show your support by sending flowers directly to the family, or planting a memorial tree in memory of Howard Judson Spargo Jr..
Plant a Tree

We encourage you to share your most beloved memories of Howard here, so that the family and other loved ones can always see it. You can upload cherished photographs, or share your favorite stories, and can even comment on those shared by others.

Posted Oct 10, 2020 at 08:43am
I had mentioned in an earlier post what someone had told me about death. He said: "If, when you think of someone who has died and you smile, that person was worth knowing." After his funeral. yesterday, there were lots and lots of smiles.....and laughter. His funeral was "typically Jud". The music was amazing, the pastors were fantastic, his eulogies were great, and he had requested that when the service was over the BeeGees be played as we exited the building. The song? "Staying alive"!! That funeral was "pure Jud"....and lots of people were smiling.
Comment Share
Share via:
MS

Posted Oct 05, 2020 at 04:20pm
I am Mike Spargo, brother of Jud Spargo. He and I had many conversations about religion, death, burial options, etc. He asked me on several occasions to "write a funny obituary". Sorry, Bro, but today is not the day for a funny obituary even though I could tell literally a dozen stories that would generate a ton of laughter...maybe later.
Jud was preceded in death by parents Howard Spargo, Sr and Jean Spargo Dellinger. Also by younger brothers Ron and Chuck and many aunts and uncles. He is survived by Jud Spargo III, Lisa Morelock, and Justin Spargo and grandchildren.....and a host of good friends and golfing buddies.
A good friend once said, "if..when you think about someone who has died and you smile, that person was worth knowing". Jud was certainly worth knowing as a brother. It would take a page for me to write about all the positive things he did for me.
I miss him already, but I am smiling.
Comment Share
Share via:
JS

Well said, Mike. Jud was a man who loved life and lived it to the fullest, RIP, Jud.
DM

Love you brother, when I dropped you a note on Saturday wishing you a Happy Birthday, I had no idea it would be the last. You were a large part of my life for many years, truly brought me through some low times with your sense of humor and great friendship. You will truly be missed in this world. Our friend Wayne Maples always said “ I’ll see you when I see you “, meaning in this life or the next, Until then my friend—- 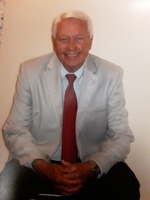